Trump announces a ban on TikTok in the US

American president Donald Trump told reporters on Air Force One that he plans to ban TikTok from the United States. 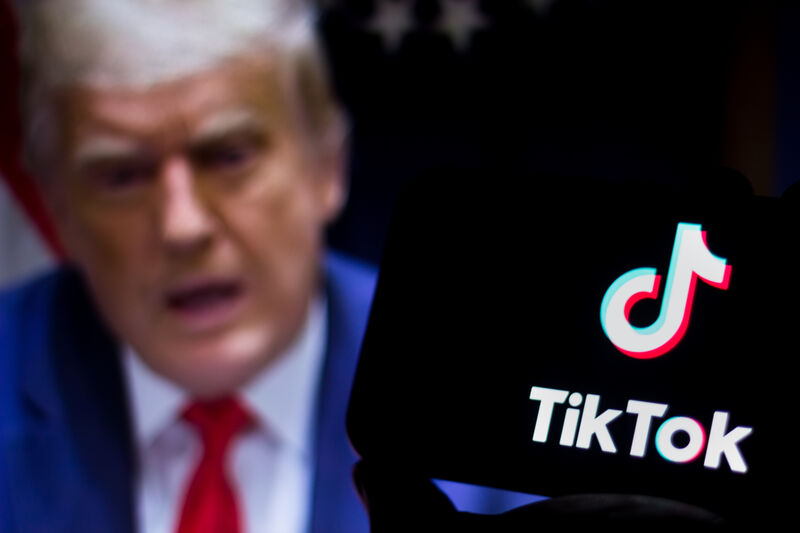 US President Donald Trump has said that he will ban the popular Chinese-owned video app TikTok from operating in the country through an executive order as early as Saturday, according to media reports.

Speaking to reporters on board the Air Force One on Friday, the President said "As far as TikTok is concerned, we're banning them from the US."

Trump said he could use emergency economic powers or an executive order as early as Saturday to officially bar the company from the US.

Early in July he told television interviewer Greta Van Susteren that he viewed banning TikTok as one way to retaliate against China's handling of the coronavirus outbreak.

In a news conference Thursday, with U.S. coronavirus deaths rising past 150,000, Trump said: "It's China's fault. And that's the way it is."

"Well, I have that authority. I can do it with an executive order or that," the President said while signalling that he was not supportive of allowing an American company to acquire TikTok.

If the Trump administration forces ByteDance to sell TikTok, the list of potential buyers is relatively short, with Microsoft at the head of the line. The Redmond, Wash.-based software giant, which paid $26 billion to acquire LinkedIn in 2016, is reportedly in talks about what would be another blockbuster acquisition.

Secretary of State Mike Pompeo made similar comments earlier this month, announcing that the administration was considering banning Chinese apps, including TikTok, due to national security concerns.

The US President's announcement also came nearly a month after India on June 29 banned 59 Chinese apps, including TikTok, over national security concerns.

"The risk here is that the U.S. eventually bans TikTok almost permanently, and then that asset goes to zero, destroying $50 billion," said Alec Stapp, director of technology policy at the Progressive Policy Institute. "It's a bad economic outcome." But if the Chinese government were relying on "geopolitical considerations," he said, TikTok's owner "wouldn't be seriously considering selling right now."

TikTok meanwhile has denied any Chinese control and has vowed to be ‘here for the long run.’ Which we’re happy about as we love finding amazing content on their site.