It's Been 7 Days Since Beirut Was Hurt, Here's How You Can Help 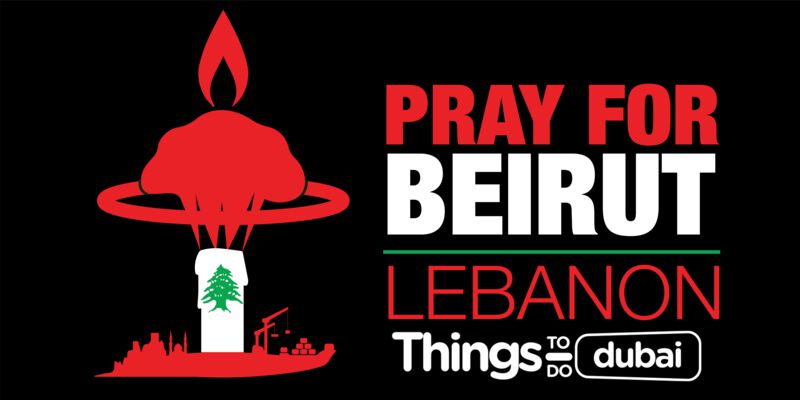 It has been a whole week since the city of Beirut was terrorized by two fatal explosions on August 4. The whole world is reaching out and supporting by any means necessary, be it through resources and/or donations.

Multiple Lebanon based initiatives have come forth with organisations like The Lebanese Red Cross, Impact Lebanon and Lebanese Food Bank - the Dubai community has also come through with a number of local initiatives.

From watching old school Lebanese movies to resource donation here are a few ways the residents of Dubai can share their support for the people of Lebanon. 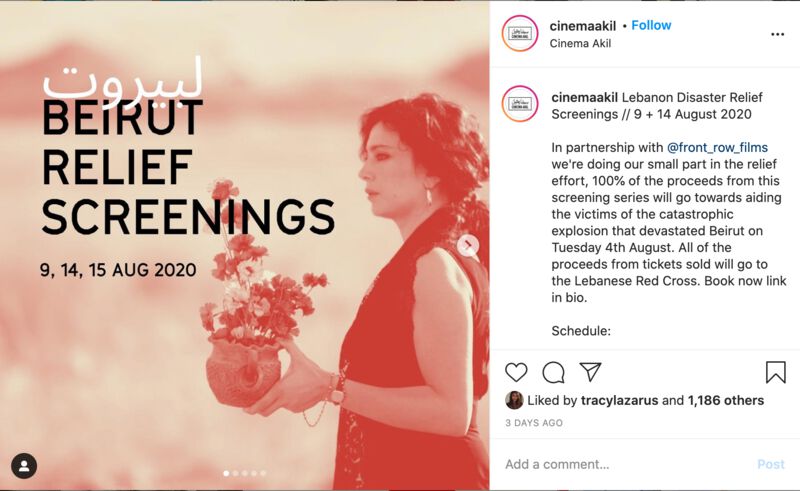 In ties with Front Row Films, art theatre Cinema Akil will screen two Lebanese films; West Beirut (1998), and Where Do We Go Now? (2011) daily between August 9 and August 14. All to raise funds for the victims of last week's explosion, 100% of ticket sales proceeds will be donated to the Lebanese Red Cross. 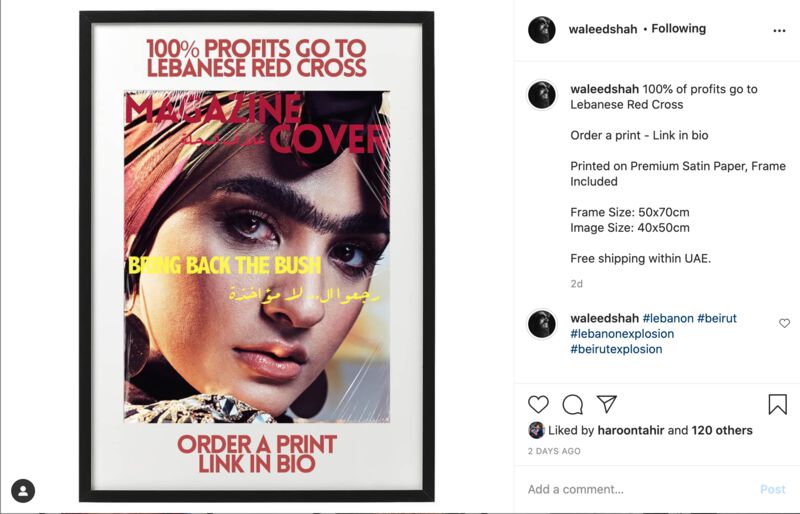 Order one of many of the talented Waleed Shah's art pieces to contribute towards the people of Beirut. The photographer is giving 100% of profits to The Lebanese Red Cross for multiple of his photographs framed and printed on premium satin paper. 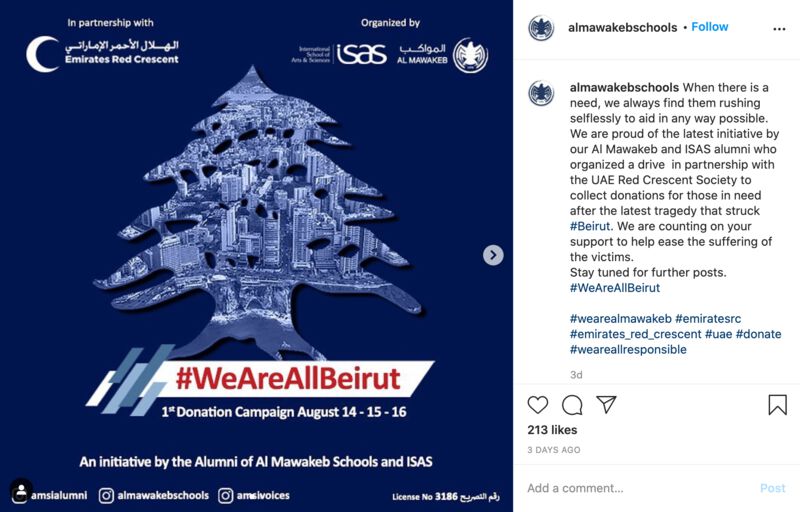 The alumni of Al Mawakeb and ISAS have organised a drive in association with UAE Red Crescent Society to collect donations for those in need after the tragedy that struck Beirut. The alumni are collecting items like non-perishable food items, baby supplies, supplies for the elderly and medical supplies at the Al Mawakeb School in Al Barsha starting this weekend 14th to 16th August, 10:00 am - 7:00 pm. 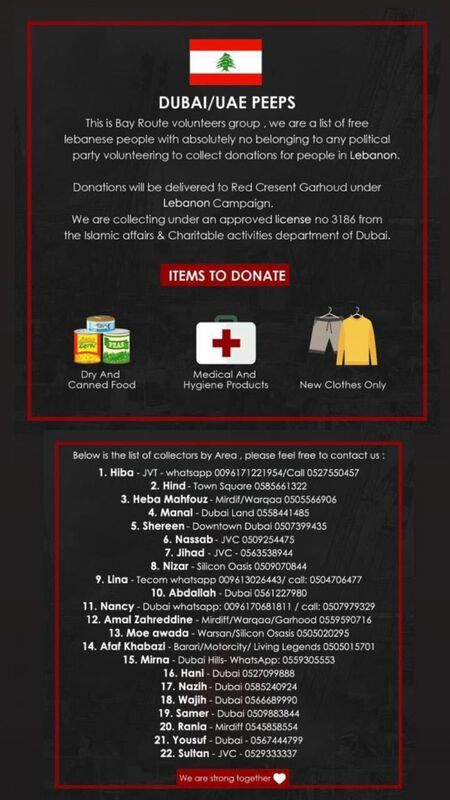 The Bay Route Volunteers Group, a community of politically unaffiliated Lebanese expats living in the UAE, residents of Dubai can arrange to have their items dropped off or picked up by a representative in their area. Covering all areas of Dubai including Silicon Oasis, Mirdiff, and Downtown, the group is currently accepting dry and canned food, medical and hygiene products, and new clothes, all of which will be donated to the Emirates Red Crescent’s Lebanon Campaign. 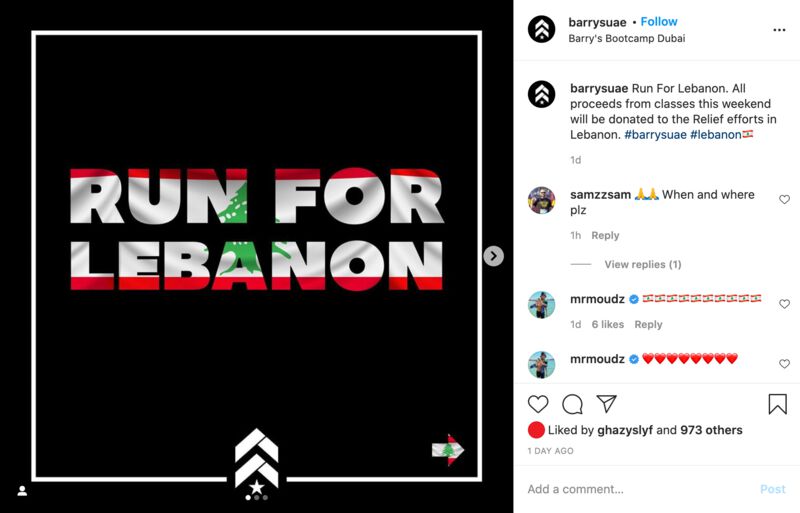 The iconic Barry's Boot Camp UAE is also motivating you to get running and sweating for Beirut, all proceeds from classes over this coming weekend will be donated to the relief efforts in Lebanon. If ever there's been a reason to attend a Barry's class, this is it. 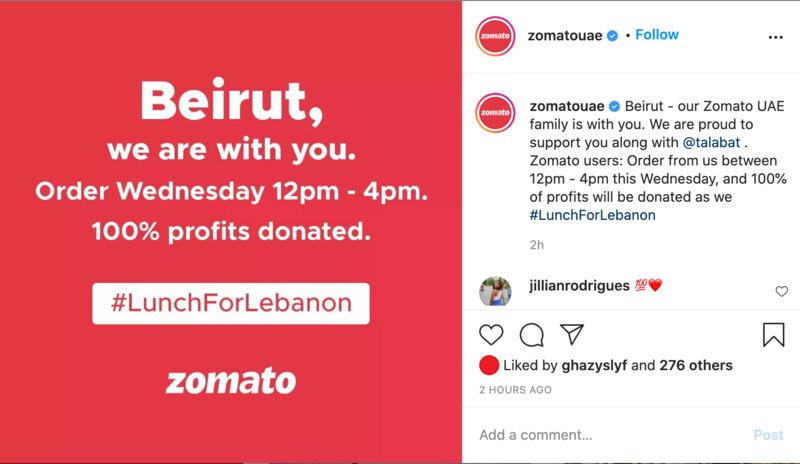 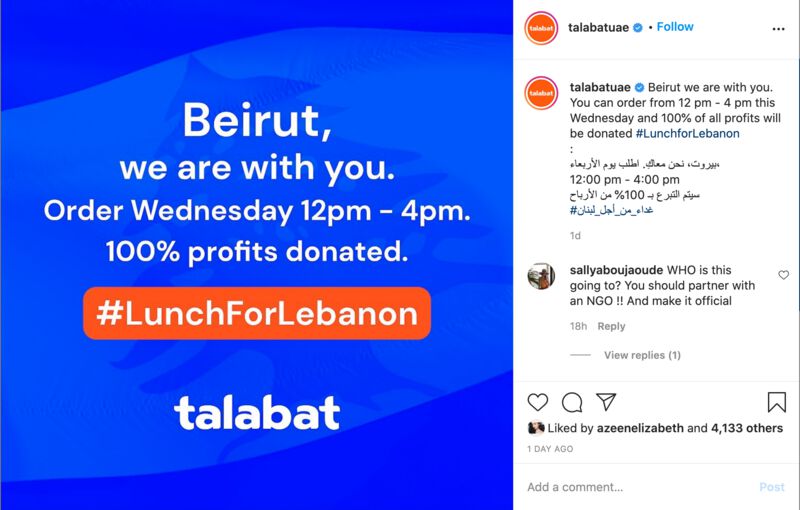 Even local food delivery services Zomato & Talabat have taken a stance to donate 100% of all their profits from orders made between 12pm - 4pm this tomorrow (August 12) with their #LunchForLebanon campaign. Finally no guilt when ordering your midday treat from your favourite restaurant.