Is this the end of the crisis with Qatar?

Looks like the Gulf blockade altogether is coming to an end. 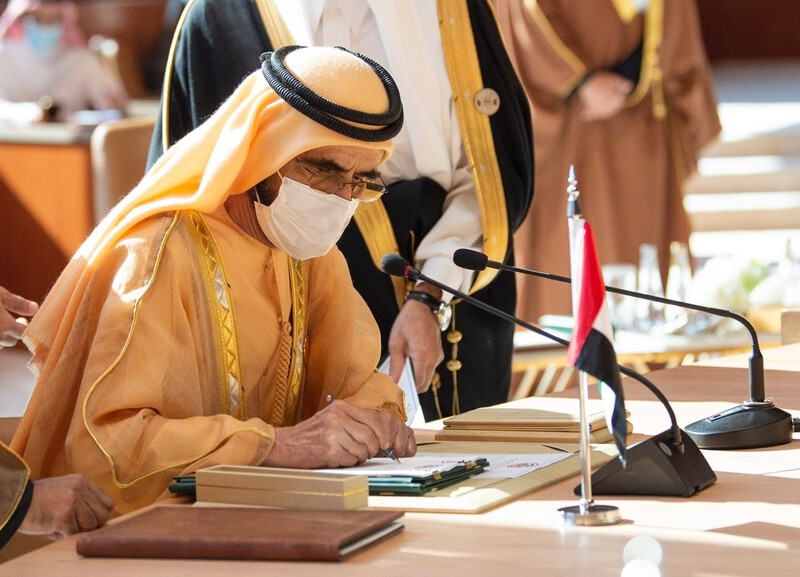 On 5 January 2021 at the conclusion of the 41st GCC Summit in Al-Ula, Saudi Arabia, the GCC leaders signed the Al-Ula Declaration.

The declaration ends dispute with Qatar and calls for GCC unity, strengthening relations, stability and prosperity in the region. Leaders of the UAE, Saudi Arabia, Bahrain, Egypt and Qatar vow joint action against challenges, especially in the face of the Iranian threat in the region.

The agreement that has been signed by all six GCC stated plus Egypt shows a fundamental change in the region dynamic after three-and-a-half years of stalemate. The reopening of Saudi airspace and borders to Qatar on 4 January brought Doha back inside the GCC tent.

Saudi Arabia’s Foreign Minister has confirmed that Saudi Arabia, the United Arab Emirates, Egypt, and Bahrain, will be restoring full diplomatic relations with Qatar. This involves the reopening of airspace, land, and sea borders.

UAE Minister of State for Foreign Affairs Anwar Gargash said: “More work lies ahead and we are moving in the right direction.”

Saudi Foreign Minister Prince Faisal bin Farhan told a post-event news conference: “What happened today is the turning of the page on all points of difference and a full return of diplomatic relations,”

The agreement between the nations is the start of a resumption of all relationships, including international travel. 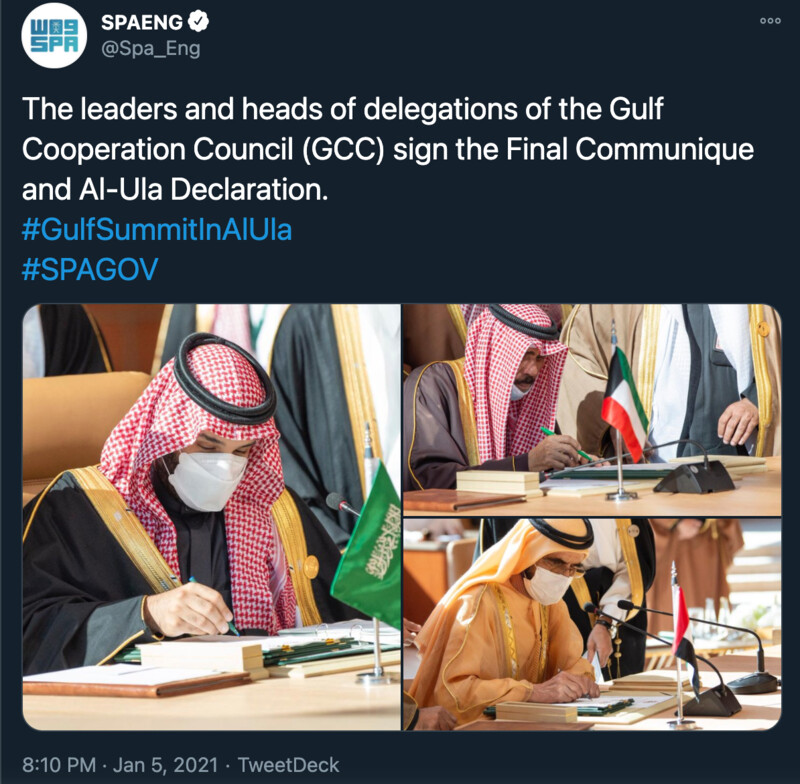