A photo circulating on socials has shown the first ever pod has been installed as of 21st August. 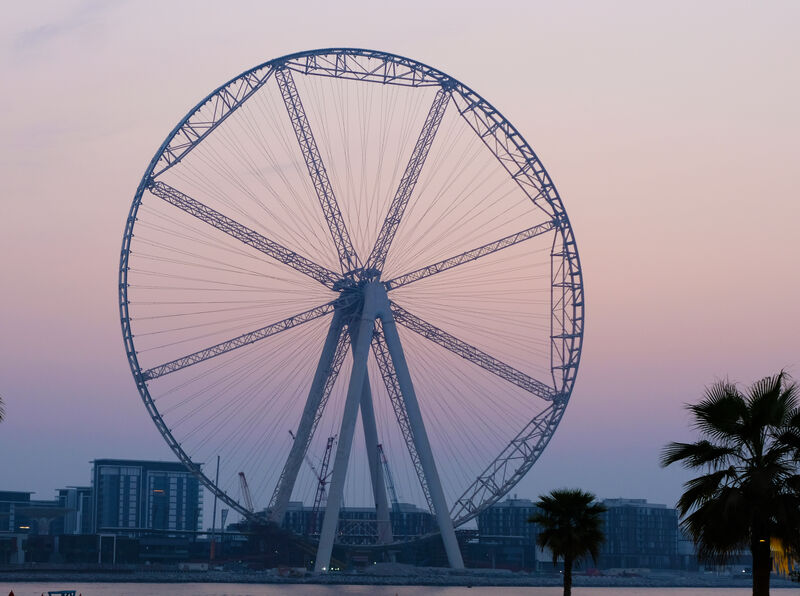 If you've forgotten about what Ain Dubai is, it is to be The World's Tallest Ferris Wheel and yup, you guessed it - it's right here in Dubai!

It is set to be the world's largest and highest attraction of its kind, with the second tallest in Las Vegas at 167m and then the London Eye at 135m.

A photo circulating on socials has shown the first ever pod has been installed as of 21st August. The image shows the first pod with a banner boasting “Installation of Ain Dubai 1st Capsule, 21st August 2020” in commemoration of the world record. 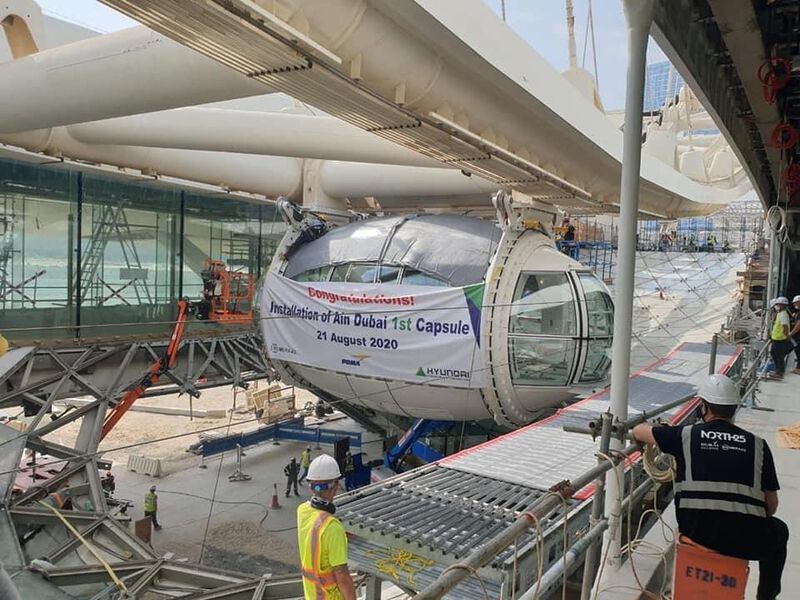 The jewel of Bluewaters Dubai, Ain Dubai has been under development for a long time coming. At the start of this year, the Dubai Media Office confirmed that the wheel would begin turning to coincide with Expo 2020, which was due to begin this October.

Expo has now been postponed by a year, but the first pods have now been added to the huge Ferris wheel at this breathtaking spot.

The opening of the massive structure has been eagerly awaited by citizens and tourists alike, and the wait is almost at an end.

With the height of more than 250 metres, the structure will be more than 200 per cent taller than the world's first-ever Ferris wheel. And the cable wiring holding the wheel rim of the Ain Dubai in place has a cumulative length equal to the distance between Dubai and Cairo – that’s roughly over 2,400km.

Ain Dubai translated as ‘eye’ of Dubai is set to be a popular tourist attraction, offering spectacular views of the Dubai Marina skyline on one side and the Arabian Gulf on the other.

It’s also expected that visitors will be able to scale up the central frame of the Ain Dubai, then abseil down again from 150 metres, assisted of course by expert climbers and abseilers.

We cannot wait to reach these new heights, what about you?

Dubai Summer Surprises Start This July!
Here is a list of activities and offers that you might like:
Ten fun things to do indoors in Dubai
We have curated the best list of indoor activities in Dubai for you.
Celebrity Chef Restaurants in Dubai
An Ultimate Guide to Celebrity Chef Restaurants in Dubai
Rooftop Venues with Stunning Views in Dubai
Dine with the stars or grab a drink while watching Dubai's beautiful sunsets at these venues.
Must-Visit Restaurants In West Palm Beach
Your ultimate guide to the best food around Palm West Beach.
Top 6 Places to Enjoy Dinner and Show in Dubai
The Best Places to Enjoy Dinner and A Show in Dubai - Our Top 6 Picks
Newly Opened Pubs in Dubai
The land has recently got a few new pubs, all set for you to try out. Here is a list of the new-opened pubs in Dubai that you might want to visit.
Newly Opened Beach Clubs in Dubai
Now, talking of beaches, let's get detailed know-how on some of the splendid beach clubs of Dubai where you have all the possibilities of creating the best memories of your life.
Newly Opened Restaurants in Dubai
A newly opened restaurant is news to cherish for a gourmet. If you plan to take a tour of Dubai, the following places are a must-visit. The country is adding them to its unique dining list.