The Deputy Ruler of Dubai and Minister of Finance passed away on Wednesday.

On Wednesday, Sheikh Hamdan bin Rashid, the brother of His Highness Sheikh Mohammed bin Rashid Al Maktoum, Vice President and Prime Minister of the United Arab Emirates and Ruler of Dubai, passed away.

HH Sheikh Hamdan bin Rashid was the UAE's Minister of Finance and Industry, as well as the Deputy Ruler of Dubai. After several months of illness, he died at the age of 75.

On his Twitter page, HH Sheikh Mohammed shared the tragic news with the caption in Arabic: “We belong to God and to Him we shall return … May God have mercy on you, my brother, my support and my companion”.

According to the Dubai Media Office, a 10-day official mourning period begins today, with flags flying at half-mast. In addition, work in the emirate's departments and institutions will be suspended for three days beginning tomorrow, Thursday, March 25.

Flags are flown at half-mast during a mourning time, and radio shows are replaced with classical music or Quran recitation. Normally, live entertainment is cancelled during national mourning, but entertainment has already been halted due to the coronavirus. 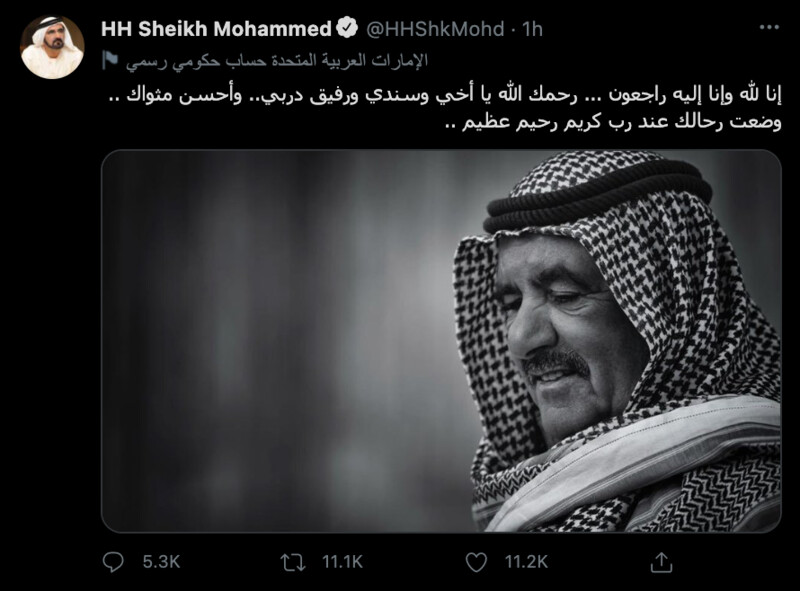